A research group led by Professor Hidefumi Kawakami and Associate Professor Hirofumi Maruyama at Hiroshima University Research Institute for Radiation Biology and Medicine has elucidated a new causative gene for amyotrophic lateral sclerosis (1). Mutations in the gene Optineurin (OPTN) cause amyotrophic lateral sclerosis. This achievement has been published in the academic journal “Nature” (May 13, 2010 Volume 465 Issue 7295).

Although several causative genes of amyotrophic lateral sclerosis (ALS) have been elucidated, the causative genes of most hereditary ALS remain unknown. In this study, we focused on a family with autosomal recessive heredity (2) and identified a candidate region by analyzing high-density Single Nucleotide Polymorphism (SNP) (3). gene mutation in OPTN. One of the functions of OPTN is to suppress NF-κB, an intracellular signal transduction system, and it was found that the suppressive function was lost due to the gene mutation. NF-κB is known to be involved in inflammation and carcinogenesis, and loss of function of OPTN may cause excessive activation of NF-κB and affect motor nerves. Until now, the relationship between amyotrophic lateral sclerosis and NF-κB has not attracted much attention, and although NF-κB inhibitors are candidates for therapeutic agents, we aim to develop a therapeutic method based on such a pathogenic mechanism in the future.

Graduate School of Medicine, The University of Tokushima, Yuishin Izumi

The causative genes for amyotrophic lateral sclerosis that have been discovered so far account for only 10-20% of the hereditary forms of the disease. In order to develop a fundamental treatment for the disease, it is necessary to discover new causative genes and elucidate the common pathogenic mechanism. In this study, we focused on cases of autosomal recessive inheritance, which occur in families with consanguineous marriages. 6 cases were selected, and their high-density Single Nucleotide Polymorphism (SNP) was analyzed. (Note 4) in each of the six cases, and extracted candidate regions for the causative gene by finding contiguous regions of common homozygosity. For this extraction, we used a method devised by our collaborator Professor Koichi Hagiwara of Saitama Medical University. By determining the nucleotide sequence of the gene that exists in the region, they found the gene mutation of OPTN. This OPTN gene was originally reported to be the cause of autosomal dominant normal tension glaucoma. We found three types of abnormalities in regions other than glaucoma in three cases from two families with autosomal recessive inheritance, one case with no genetic history, and four cases from two families with autosomal dominant inheritance. In each case, the mutation impaired protein function. One of the functions of OPTN is to inhibit NF-κB, an intracellular signal transduction system, and these mutations were found to cause loss of this inhibitory function. Glaucoma mutations did not result in loss of the inhibitory function, suggesting that the pathogenesis of glaucoma is different between the two (Fig. 1). 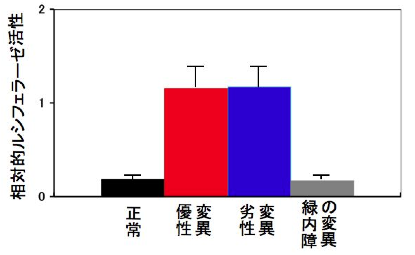 Fig. 1. activity of NF-κB is measured by luciferase. activity is not suppressed by dominant and recessive mutations of ALS.

Fig.2. The subcellular distribution of OPTN is reduced by ALS mutation.

When the distribution of OPTN was examined in the autopsy spinal cord of a patient with amyotrophic lateral sclerosis who had an autosomal dominant mutation, it produced aggregates in the cytoplasm that were stained with anti-OPTN antibodies (Fig. 3a). In addition, in the spinal cord of a solitary patient without an OPTN mutation (Fig. 3b) and in the spinal cord of a familial patient with a SOD1 mutation (Fig. 3c), we found OPTN-positive aggregates in the cytoplasm. These findings suggest that OPTN is closely involved in the pathogenesis of amyotrophic lateral sclerosis in general.

Mutations in OPTN are predicted to cause abnormalities in the function of intracellular protein complexes and NF-κB, resulting in the death of motor cells. This achievement not only clarified one of the causative genes of amyotrophic lateral sclerosis, but also demonstrated that OPTN is involved in the common pathogenic mechanism of this disease. In the future, we aim to elucidate this mechanism and to develop therapeutic methods based on the pathogenic mechanism, such as NF-κB inhibitors.

(1) Amyotrophic lateral sclerosis is also called Lou Gehrig’s disease. It is a disease that causes muscle weakness and muscle atrophy due to degeneration and loss of the motor nerves that control muscles. There is no fundamental cure, and without support such as a ventilator, death can occur in three to five years. Autosomal recessive inheritance: A form of inheritance that occurs when an abnormal gene is on an autosome and two mutant alleles are present. (3) Single Nucleotide Polymorphism (SNP): Human genes consist of 3 billion base pairs of DNA, but when comparing each individual, about 0.1% of them have differences in base sequences. This is called a genetic polymorphism. This is called a genetic polymorphism, and when one base changes into another, it is called a single nucleotide polymorphism (SNP). (4) Homozygous A pair of homologous chromosomes has the same nucleotide sequence at a specific locus.